As regards the way psychology develops, Sigmund Freud, who has been well-known to all of us, has given his own touch, especially by addressing personality disorders. Through clinical examination of his patients, Freud found out that, besides life that man knows and that is conscious, there is another side of the individual that is hidden in the emotional and the unconscious motives of the individual. He 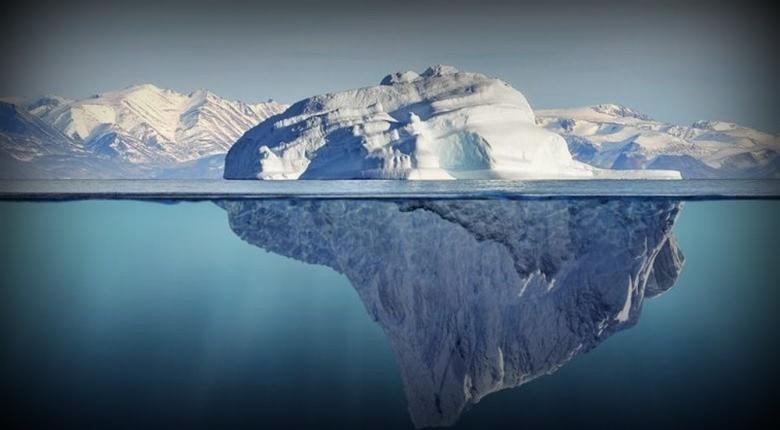 compares this theory with an iceberg having two sides. The top of the iceberg that you can see above the water represents the conscious mind. The part of the iceberg that is submerged below the water but is still visible is the preconscious. The bulk of the iceberg that lies unseen beneath the waterline represents the unconscious. When Freud refers to the unconscious, this contains all of the repressed passions, thoughts, memories, feelings and wishes of which we are aware at any given moment.  Due to the volume of these unconscious forces, there is a significant impact on the individual’s frame of mind and, in general terms, on the individual’s life.

“The only person with whom you have to compare yourself is you in the past.” -Freud

The Freudian thought and theory are complicated since they have neither a beginning nor an end. It’s a lasting effort that is renewed, from time to time, continuously. It’s a major, imperfect answer to the issue that is raised: what is the cause of our actions? How and why does our mental life work in this way?

According to Freud, personality has a psychobiological aspect that embodies the model of its physiology and the notion of its drives. Freud compares the model of neurology’s reflex arc with the individual’s psychic apparatus.

Interpretation of the Freudian Theory

In order to understand this, we should explain and analyze certain things. In mental life, tension is never over. Whether we want it or not, from the moment we are born, we are constantly under psychic tension. In the case of psychic apparatus, the stimulation, either from the external environment or from our inner world, is always internal in the psychic apparatus, as psychic “imprints” are created and established there forever. To put it simply, anything that invades our subconscious, our psychic apparatus, as stimulation, remains there and shapes or changes an individual’s behavior. In this case, Freud speaks of the “representation of drives”.

This representation is always in a extremely intense state of excitement which cannot be eliminated. The individual keeps trying to discharge and, when referring to the failure to complete this process, Freud speaks of “the dissatisfaction”; moreover, this tension discharge is called “the pleasure”.

“Every next level of your life will demand a different version of you.” – Leonardo DiCaprio

The role of the psychic apparatus

Unlike the neurology’s reflex arc, the psychic apparatus is never in a state of absolute pleasure. This is because the tension is triggered again and again and because the psychic apparatus cannot stop the excitation in a simple move, as in the reflex arc of our nervous system, but the excitation san only be transferred and during this transfer certain pieces of this excitation can change or be eliminated. However, even if this happens, it does not allow the total energy discharge. 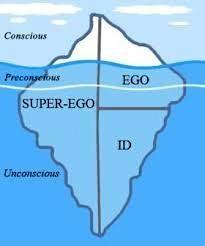 In other words, our unconscious system has the task of having the tension discharged as quickly as possible as well as of trying to reach absolute pleasure. This can be done through fantasies or dreams, through representations of images and memory traces. The partial discharge may also involve thought, memory, judgment and attention. The unconscious representations of things do not accept very often the pressures of reason, reality or time.

This means that Freud noticed that if the mental energy is linked to traumatic/negative experiences, the individual will try to work them through, process them and repress them. That is what the individual achieves to some extent by working personally on it. However, negative memory remains always active, and it is perceived in the processes, decisions or ways of thinking, etc.

Anyway, Freud has conceived the figure of conscious-preconscious-unconscious, where preconscious is related to data that can readily be brought to consciousness without any particular effort.

Changes and developments in Freud’s research

Then, Freud has made some changes regarding this triad, by introducing the idea that the psyche is structured into three parts: Id or It, Ego or I and Superego.

According to Freud, Id, Ego and Superego are dynamic, connected always interacting within a person to influence an individual’s overall personality and behavior.

The mental life, which creates the individual’s personality and changes it with every new element that emerges, depends on the other beings with which each individual lives and connects with; it depends, thus, on the individual’s immediate environment.

In the closing words of Freud’s short essay “An Autobiographical Study, a work that was published in 1925 (1925d, S.E.XX, p. 70), he reflects: «Looking back, then, over a patchwork of my life’s labors, I can say that I have made my beginnings and have thrown out my suggestions. Something will come of them in the future, though I cannot myself tell whether it will be much or little. I can, however, express a hope that I have opened up a pathway for an important advance in our knowledge”.

“An attitude of positive expectation is the mark of superior personality.” – Brian Trac

The researches that have been carried out and which are still being carried out later on have definitely common elements as well as new ones. Somewhere along the way, τhere were many researchers who questioned Freud’s theory; however, there were also others who supported the Freudian Theory, by providing additional information.

In 1963, during a speech, Dr Reuben Fine argued that, as scientists, they should not weigh in the Freudian Theory; they should try to build on what he left behind.

“I believe that the core of Freud’s thought has stood up well, and forms one essential basis of modern clinical psychology. This, however, by no means implies that all of what he said must be uncritically accepted because ipse dixit. Much has had to be altered, revised or enlarged. Yet it is amazing how often we are driven back to the positions which he took…Basically, we are all Freudians, no matter what name we are called… By building on Freud’s fundamental insights, we can move on most readily to empirical insights, and, thus, construct a more satisfactory science of psychology”.

Over the years, there are many versions of the personality definition and interpretation. New researches, modern machines and psychological tests constantly evolve in order to discover all the aspects of personality. According to the latest research on the personality issue, important elements are found out and these new findings may help us to perceive this notion. What can be defined with great precision is that:

“Personality is in short term a stable, and in long term unstable organized collection of psychological traits and mechanisms in the human being that influences his or her interactions with and modifications to the psychological, social and physical environment surrounding them.” – Randy Larsen and David Buss

Personality is a set of traits that reflect the way an individual behaves, making this individual unique, like no other person.

Who are we really? Are we really who we think we are? Why are we what we are? Can we change who we are? So, learn yourself better and use this knowledge in order to have a better and more positive and advantageous life. This information is the key to understanding behaviors and, eventually, to the importance of personality formation and development.

[1] The ‘Ego’ is ‘that part of the id which has been modified by the direct influence of the external world.’ (Freud, The ego and the id. SE, 19: 1-66, p.25). Freud compared the ‘Id’ to a horse and the ‘Ego’ to the horse’s rider. The horse provides the power and motion, yet the rider provides the direction and guidance. Without its rider, the horse may simply wander wherever it wished and do whatever it pleased. The rider instead gives the horse directions and commands to guide it in the direction he or she wishes to go (Freud, The ego and the id. SE, 19: 1-66, p.15).

Would you like to learn more about topics of the personalities? Then please check out the links right down below:

END_OF_DOCUMENT_TOKEN_TO_BE_REPLACED

The Personality of William...

END_OF_DOCUMENT_TOKEN_TO_BE_REPLACED

Personality of Che Guevara    “The...

END_OF_DOCUMENT_TOKEN_TO_BE_REPLACED

Personality of Alan Turing   "Those...

END_OF_DOCUMENT_TOKEN_TO_BE_REPLACED

Personality of Princess Diana "I...

END_OF_DOCUMENT_TOKEN_TO_BE_REPLACED

Personality of Albert Einstein   “The...

END_OF_DOCUMENT_TOKEN_TO_BE_REPLACED

Personality of Bob Marley   "My...